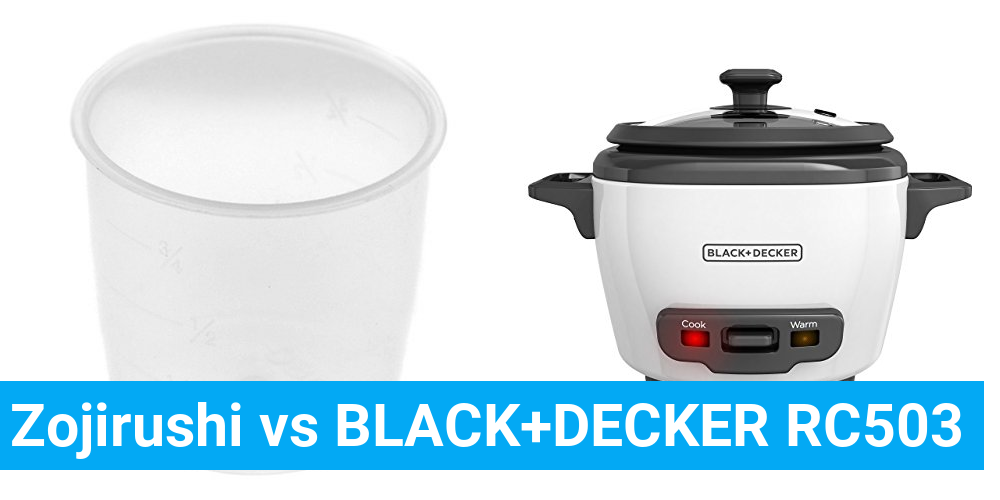 When deciding between Zojirushi vs BLACK+DECKER RC503, it is important to factor features, cost and reviews into the purchasing decision. Our product comparison highlights these elements and provides considerations to help you make your purchase. We directly compare the Zojirushi and BLACK+DECKER RC503 in our comparison table: