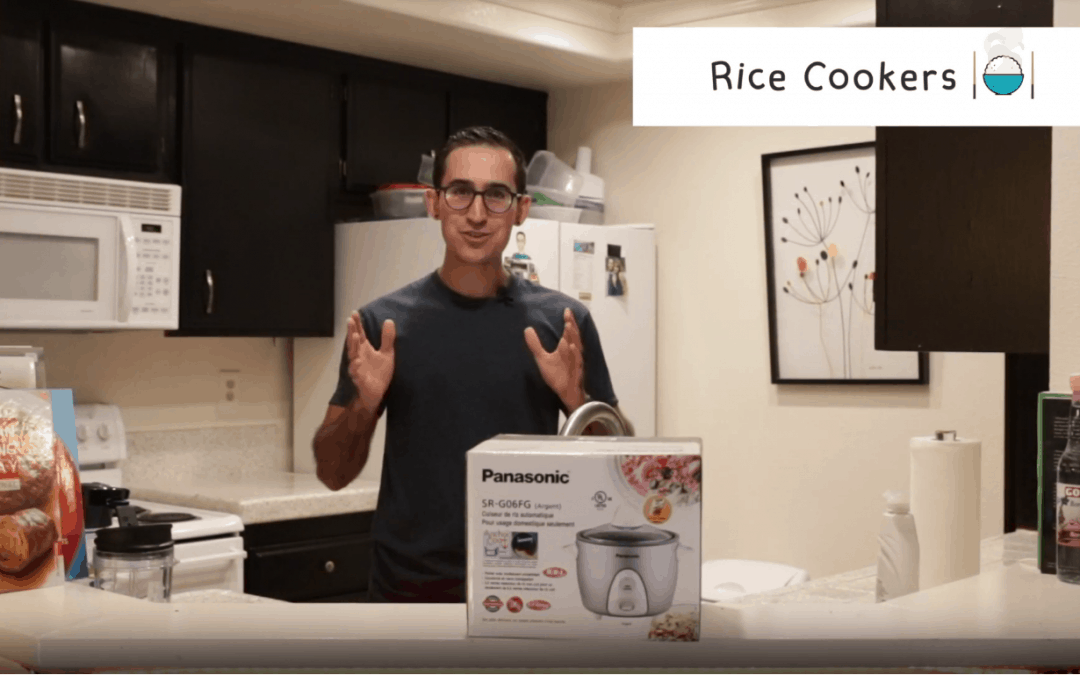 Recently, we’ve seen a lot of our readers are discussing which one is better among the two, and we have to answer a lot of questions related to this daily. That’s why we decided to dedicate an entire article to this debate on rice cooker versus pressure cooker.

In this article, you’ll find answers to a lot of frequently asked questions like which one is better between a rice cooker and a pressure cooker, which is more suitable for you, how each of the functions, the advantages, and disadvantages between them, etc. Once you decide, make sure to check the rice cooker and pressure cooker options.

So, let’s get started!

What is a Rice Cooker?

As most of you may know, the rice cooker is one of the most used kitchen appliances these days. It’s an electronic appliance, and in this appliance, electrical energy is converted into heat energy, which in turn cooks the food ingredients provided.

A rice cooker comes with lots of benefits, and there are some drawbacks as well. We’ll get to those later. To understand those, we first need to know how many types of rice cookers you can find out there.

Dividing rice cookers according to their type, is a bit confusing. At first, we can divide them based on the direction of heat. If you get a traditional or regular rice cooker, you’re most likely to get an appliance with a single heating coil at the bottom, and the machine provides heat to the rice from the bottom only. This type of rice cooker is okay for cooking rice, but you won’t be able to cook other varieties of food, as the bottom part of the food may get burnt. Then again, even if you cook rice in these, you’ll see that the bottom of the rice is getting tough and crusty. While a lot of people like this, many do not.

If you’re willing to spend some money on getting the best rice cooker, you’ll be able to get the smart rice cookers with induction heating technology. These are simply the best. With these, you’ll be able to cook a variety of food items perfectly. However, these do come at a high price. You’ll get these at a price range of around $250. On the other hand, if you want a rice cooker that can cook rice and some basic food items only, you can get the standard rice cookers that come around $20!

How Does a Rice Cooker Function?

A rice cooker basically functions by converting electrical energy to heat energy, but I’m sure you know this. If you look closely, you’ll find that a rice cooker isn’t actually a cooker, but it functions more like a steamer. Why do we think that? Here’s why:

If you look closely at the functions of a rice cooker, you’ll see that the aim of the rice cooker is to convert the water or any liquid in the cooking medium to steam. Once the entire water turns to steam, the rice cooker keeps on providing heat for a certain time. In this time, the steam moisturizes and cooks the food inside the rice cooker.

If you’re talking about a standard rice cooker, the function of it is to provide heat constantly. It will keep on heating for a given amount of time, and it might overcook or undercook some food. On the other hand, if you’re considering an advanced rice cooker with lots of functions, you’ll see that that one doesn’t provide heat blindly. It assesses the situation through the heat sensors, computes the necessities through the micom, and creates an environment for perfect cooking.

What Can You Cook in a Rice Cooker?

Although the name suggests that you can cook only rice in this kitchen appliance, you can actually cook a lot of things in a rice cooker. A rice cooker can be used for cooking porridge, egg, quinoa, steamed vegetables and meat, cooking pasta, spaghetti, noodles, and even for baking a cake!

Advantages of a Rice Cooker:

This is one of the best things about a rice cooker. The Rice cooker is one of the easiest kitchen appliances that you can find. If you’re using the standard rice cookers, you’ll be able to get things done with the press of a button. Then again, if you’re using a programmable rice cooker, you’ll find that the features are surprisingly intuitive. The best part about these advanced rice cookers is that they don’t overcomplicate things.

Although rice cookers can cook a lot of different food items, it’s true that they were designed and developed to cook rice. Even if you’re using the cheapest rice cooker out there, rest assured that you’ll get perfectly cooked rice. Then again, the advanced rice cookers come with different options that allow the user to cook different types of rice.

Rice cookers are more affordable than pressure cookers. While you need to spend at least $70 for getting a decent electric pressure cooker, you’ll get a standard yet small rice cooker for $20 only! However, there are expensive rice cookers as well. These appliances offer a lot of different features for the extra price.

Comes at a Lot of Different Models:

As the rice cookers have been around for a longer time, there are a lot of manufacturers and tons of different models. No matter what your budget is, you’ll find a decent rice cooker for yourself.

Disadvantages of a Rice Cooker:

Although a rice cooker offers a lot of amazing features, it also comes with some disadvantages. These are:

What is a Pressure Cooker?

Pressure cookers can be of two types. There are stovetop pressure cookers that are also known as the traditional pressure cookers. These pressure cookers use the heat energy converted from gas, and these don’t offer any additional features. These are like the standard rice cookers, you can only cook with them, and you have to determine for how long you’ll cook on these.

How Does a Pressure Cooker Function?

Then again, the increased pressure forces the liquid to cook food faster. As the pressure gets higher, the liquid present inside the cooking medium is forced to enter the food much faster, which in turn cooks the food faster. This is why a pressure cooker is very optimum for cooking food items such as meat.

What Can You Cook in a Pressure Cooker?

Advantages of a Pressure Cooker:

A pressure cooker offers tons of advantages. Here are some of them:

Unlike a rice cooker that takes a lot of time to cook something, a pressure cooker can cook even the heaviest food items in a matter of hours. Due to the heavy pressure and high temperature, the pressure cooker is much more efficient.

Can Cook Tons of Varieties of Food Items:

Disadvantages of a Pressure Cooker:

Although there are a lot of amazing features to a pressure cooker, there are some drawbacks that you just can’t avoid. Here they are:

The difference in Cooking Style:

While there are cheap pressure cookers, we don’t recommend them. As we’ve said earlier, there’s always a risk with pressure cookers. If you get pressure cookers that don’t come with the robust build quality, the chances of an accident will only increase.

On the other hand, if you get a rice cooker, there will be no chances for any risk. So, you can get any rice cooker from any price range without any worries. In fact, you can get good rice cookers for a price of $20 even! If you’re lucky, you may even find a rice cooker around the $10 price mark!

This makes rice cookers extremely affordable. However, it must be noted that the cheap rice cookers won’t offer you any functions other than cooking and warming, but they will be enough for cooking rice and some simple food items.

As we’ve said before, pressure cookers operate through the pressure building inside the cooking medium. There have been a lot of accidents regarding pressure cookers where the users faced accidental burns. However, you won’t face anything of this kind if you’re using rice cookers.

Even if you’re using electric pressure cookers, there’s still a chance that you may suffer from such an accident. Although the level of risk is very low, it still exists.

Cooking Rice in a Pressure Cooker:

However, cooking time isn’t the only factor. If you’re considering the other factors that are at play here, you’ll see that the rice cooker is better. The rice cooker was designed for cooking rice; thus, it can provide better results when you’re cooking. Then again, the cooking experience is completely automatic in a rice cooker, which will make your experience even better!

So, rice cooker versus pressure cooker, which one is better for you?

As you can see, a pressure cooker offers faster cooking times and a greater variety of food items that can be cooked. At the same time, the pressure cooker is harder to use, more expensive, and it’s dangerous as well.

Simply put, the pressure cooker isn’t fit for day to day use. On the other hand, a rice cooker is a stealthier kitchen appliance that can’t cook a lot of different food items, but it’s easier to use, it consumes less energy, and it poses no risk!

So, we think that between rice cooker versus pressure cooker, rice cooker takes the crown if you want a kitchen appliance for cooking rice and for daily use. On the other hand, if you’re looking for something to cook different varieties of food with, the pressure cooker is the sure winner.

Then again, if you can spare the money and the kitchen space, you can get both the rice cooker and the pressure cooker as it’ll get you the best of both worlds!