Quinoa Cooking with A Rice Cooker 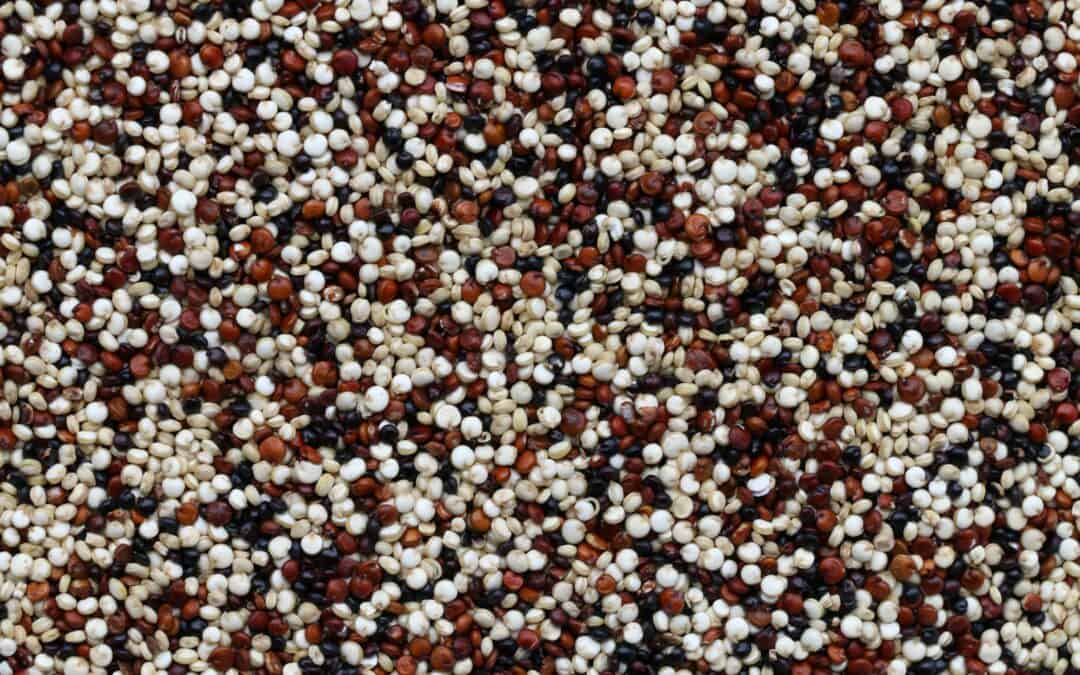 The Rice cooker is one of the most used kitchen appliances right now. However, a lot of people don’t even know how a rice cooker works and what kinds of meals you can cook with it. In fact, a majority of people don’t cook anything but rice in it, and the reason behind that is its misleading name.

What’s a Rice Cooker, and How Does it function?

The rice cooker is one of the most widely used kitchen appliances in this century. You won’t find many houses that don’t have a rice cooker. As the demand for rice cookers increased, affordable rice cookers were made that costs less than $50 even. However, there are expensive picks that you can get for more than $250.

If you’re going to cook quinoa and rice only, you don’t have to spend the extra money on getting the expensive rice cookers out there. However, if you wish to cook a lot of other meals, you need to get the expensive ones.

There’s a good reason for that too. Usually, any rice cooker that comes around the $50 price margin will offer only two options. You can cook the ingredients, or you can use the ‘Warm’ mode to keep the cooked meal warm.

Although this will be enough for most basic things, you won’t be able to slow cook with this feature. To do that, you need programmable rice cookers that offer the slow cook feature.

Now, let’s take a look at how a rice cooker functions. A rice cooker usually comes with a temperature sensor or a weight sensor. In some cases, the rice cooker may come with both sensors. The main function of the rice cooker is to heat up the interior system, so the water starts to boil.

How to Cook Quinoa in Rice Cooker?

Quinoa is a widely taken grain nowadays. There are all sorts of quinoa food ranging from Quinoa fried rice to Quinoa salads. Although this is being eaten by the Incas for ages now, it went mainstream only a few years ago. Quinoa gained international recognition when the United Nations decided to declare 2013 as the “International Year of Quinoa.” But can a rice cooker cook quinoa? Yes, it can! Let’s take a look at the process!

Making quinoa in a rice cooker is one of the easiest ways. If you want to cook one cup of quinoa, you’ll need two cups of water and a half teaspoon of salt with it. Once you have these prepared, follow this procedure:

When you’re cooking quinoa, you must keep in mind that you shouldn’t open the lid of the rice cooker when you’re cooking. Then again, before you serve, make sure you fluff out the quinoa a bit.

As you can see, cooking quinoa with a rice cooker is a very easy job. In fact, you don’t need much effort as you don’t have to slow cook it.

Now, let’s know what quinoa is!

As you can see, quinoa is a very popular food nowadays. Did you ever think why or how quinoa got so famous?

Although the United Nations declared 2019 as the “International Year of Quinoa,” quinoa experienced the highest spike in 2014. It was during this time when papers, magazines, and bloggers went crazy about quinoa. Back in 2014, the Wall Street Journal had written that quinoa was the perfect balance of trends.

It was during this time when the vegan trend was rising, and as quinoa was a gluten-free grain, it became very popular amongst vegans. Thus, quinoa also played an important role in the vegan revolution. Even then, it’s considered that quinoa has one of the highest food trends.

Now, a lot of people already know that quinoa is a gluten-free, whole-grain carbohydrate and a whole protein. However, there are a lot of people who’re still confused whether it’s whole grain or not, and there’s enough reason for that.

Usually, we call grains like oat whole-grain, and these are extracted from grasses. On the other hand, quinoa isn’t extracted from the grass. Rather, this grain is extracted from flowers, so it’s not a whole grain, well, technically.

Then again, as quinoa offers most of the health benefits of whole grain, it’s considered to be a pseudo-whole-grain. If someone calls quinoa a whole grain, he won’t be completely right, but it’s not completely wrong either.

One of the major factors behind why quinoa earned recognition is the nutrition base it offers. For starters, protein makes up 15% of the quinoa grain. If you compare the quinoa whole grains to refined grains, you’ll find that the whole grains offer more fiber, vitamins, iron, and protein.

Then again, quinoa is considered to be a high protein but low-fat food. This is why quinoa gained mass popularity amongst people who want to lose some weight. Plus, quinoa is naturally gluten-free, and it offers many vitamins and minerals such as Vitamin B, iron, and magnesium. Let’s take a look at the nutrition to provide by a cup of cooked quinoa by USDA.

Are There Many Types of Quinoa?

There are more than 120 types of quinoa grains across the world. However, you can find only three types of these in the US. You’ll get the white, red, and black quinoa most commonly. However, the white quinoa can have yellow or ivory color as well.

Then again, the black quinoa is very crunchy, unlike the red or white quinoa that feels a bit muted. Since the quinoa craze spiked, different companies have started to create different types of quinoa. Now, you can find quinoa flakes, quinoa flour, and even quinoa chips, quinoa chocolate, and quinoa pasta!

Quinoa can offer a lot of health benefits, and it’s a major reason behind its exponential growth. As it’s a gluten-free cereal and it’s packed with protein, it offers a lot of health benefits. In fact, as quinoa offers a very high level of fiver, quinoa is known to prevent different types of cancers. Then again, a study shows that the intake of quinoa can help reduce the amount of LDL or harmful cholesterol from the body, reduce the chances of getting gastrointestinal cancer like colon cancer, and boost digestive strength.

Then again, another study from The American Journal of Clinical Nutrition found that intake of magnesium-rich food can reduce the risks of a stroke. As we’ve said before, quinoa is packed with minerals, and magnesium is one of them. According to USDA, a cup of well-cooked quinoa contains one-third of the magnesium you need per day. This means that you can reduce the potential risk of strokes if you take quinoa. In fact, it’s been found that taking quinoa regularly can improve the heart condition of a person.

Then again, a lot of researches show that type 2 diabetes is actually linked to magnesium deficit, and taking enough magnesium can help the patient improve his health.

A lot of people are misled into believing that quinoa intake can make them slimmer. Although there is a lot of food that can help you get slimmer, I assure you that quinoa isn’t one of them.

Sure, quinoa offers a lot of fiber and protein. This is why quinoa can be very filling. As you probably know already, filling food can be very beneficial if you’re thinking about getting slimmer, as it can make you feel full without making you take a lot of calories. However, that’s not the only factor that’s into play here.

Is Quinoa a Good Substitute for Rice?

Since the quinoa spike back in 2014, a lot of people have been drooling over this food even though it doesn’t taste that good. There are a lot of people who claim that quinoa can be a great staple food even, and they compare it to rice. Now, this section of our article will talk about whether quinoa is better than rice or not.

To understand whether quinoa is better than rice or not, we must look at the nutritional facts of rice. Here are the nutrients you can expect from one serving of brown rice:

Although it might seem to you that rice is a better choice at first, some other facts will change your decision completely.

Firstly, there are a lot of people who would prefer having whole-grain food as their first choice. Then again, quinoa is naturally gluten-free, and it packs more protein and fiber than rice. Plus, the health benefits of this are far better than that of rice.

Then again, there are a lot of people who would prefer rice over quinoa because rice has a better taste, it’s equally filling, and it provides fewer calories. So, at the end of the day, it can be said that whether you’ll choose rice or quinoa depends largely on your preference.

What would we do if it were up to us?

Rice doesn’t provide much protein, but quinoa provides tons of protein. So, if it were up to us, the main factor that would determine one between rice and quinoa is whether we’re vegetarian or not. If someone is vegetarian, he or she can meet the daily requirements for protein and even some minerals like iron and magnesium from quinoa. That’s why quinoa is a better choice, especially for vegans.

Does Quinoa Come with Any Side Effect?

Quinoa offers a lot of health benefits, and that’s a positive thing about it. However, it also comes with a lot of negative aspects that can harm you. Then again, you can control these negative aspects if you want to.

Firstly, if you can’t control the amount of quinoa you’re taking per day, you may end up gaining a lot. As we’ve said before, quinoa offers a lot of calories even though it’s filling food. So, if you want to make quinoa, you need to learn how to portion control.

Now, portion control isn’t much of a complex thing to do. In fact, you only need to control the amount you eat every day, and that’s it.

Another problem that may irritate a lot of people in the presence of saponin. The outer layer of quinoa grain contains saponin, and this layer can cause stomach irritation, which is a bother. However, you can get rid of the saponin if you rinse the quinoa grains thoroughly. This problem only adds up some extra time and effort to the cooking and preparation process.

How to Choose the Right Rice Cooker?

Can rice cooker cook quinoa? Yes, it definitely can! However, you need to select a rice cooker if you want to cook your quinoa perfectly. Although you can cook quinoa even with the most basic rice cooker out there, the result from a cheap rice cooker will be very different from that of an expensive one, and there’s a good reason for that too.

Here are some factors that you should look for when you’re buying a rice cooker:

Most cheap rice cookers don’t come with proper heat sensors, which leads to overheating. This can worsen the quality of your quinoa, so you better get a rice cooker with good heat sensors.

If you get a rice cooker with a delay time, you’ll be able to set the timer for the time at which the rice cooker will start cooking. This certainly will make your life easier.

Quinoa is certainly one of the best foods, but can a rice cooker cook quinoa? Yes, it definitely can. You can cook quinoa even with the most basic rice cookers. However, if you want the best results and some added convenience, you should opt for an advanced rice cooker. That being said, cooking quinoa in a rice cooker is an easy task, and you can do that following the method mentioned above!